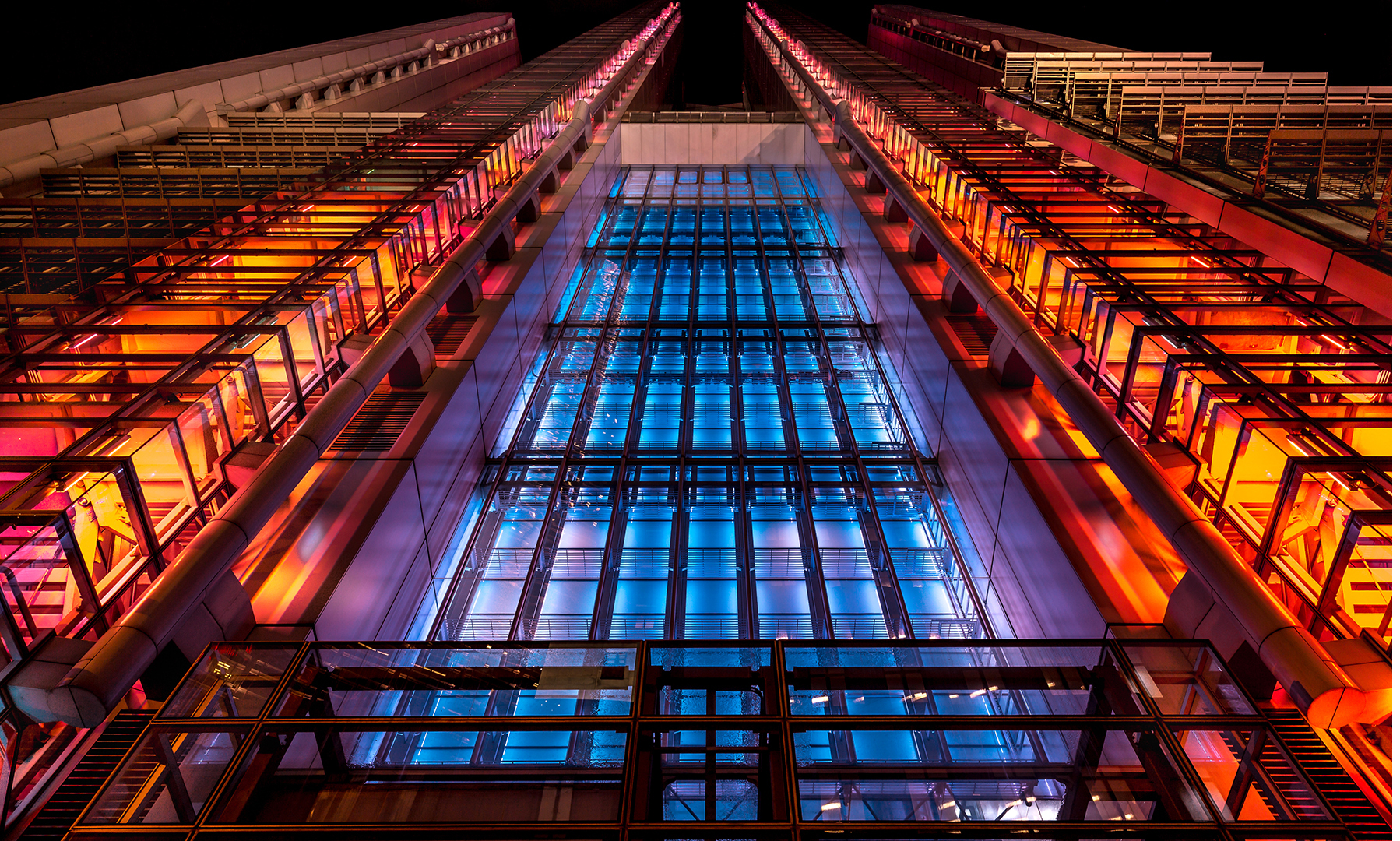 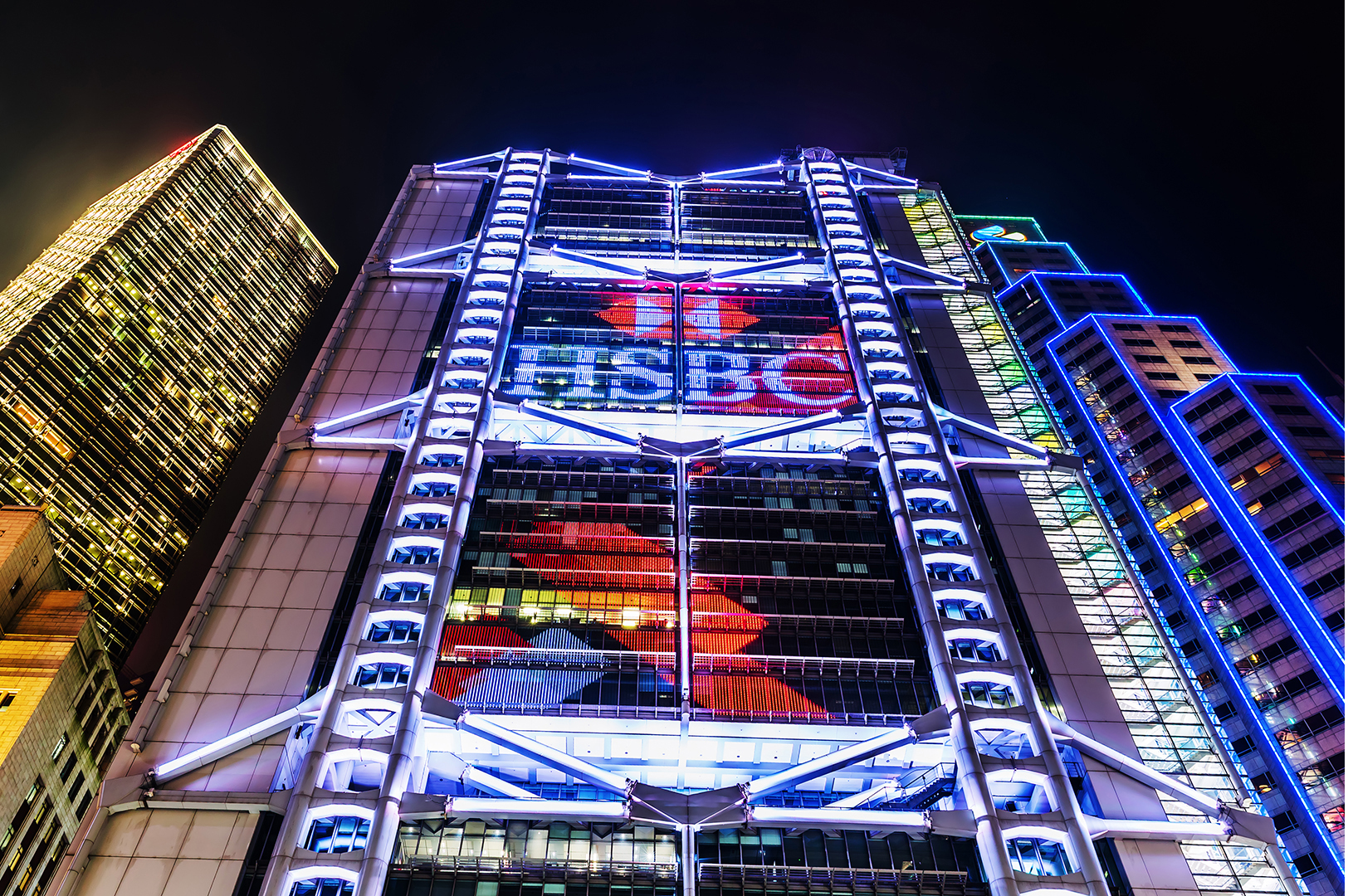 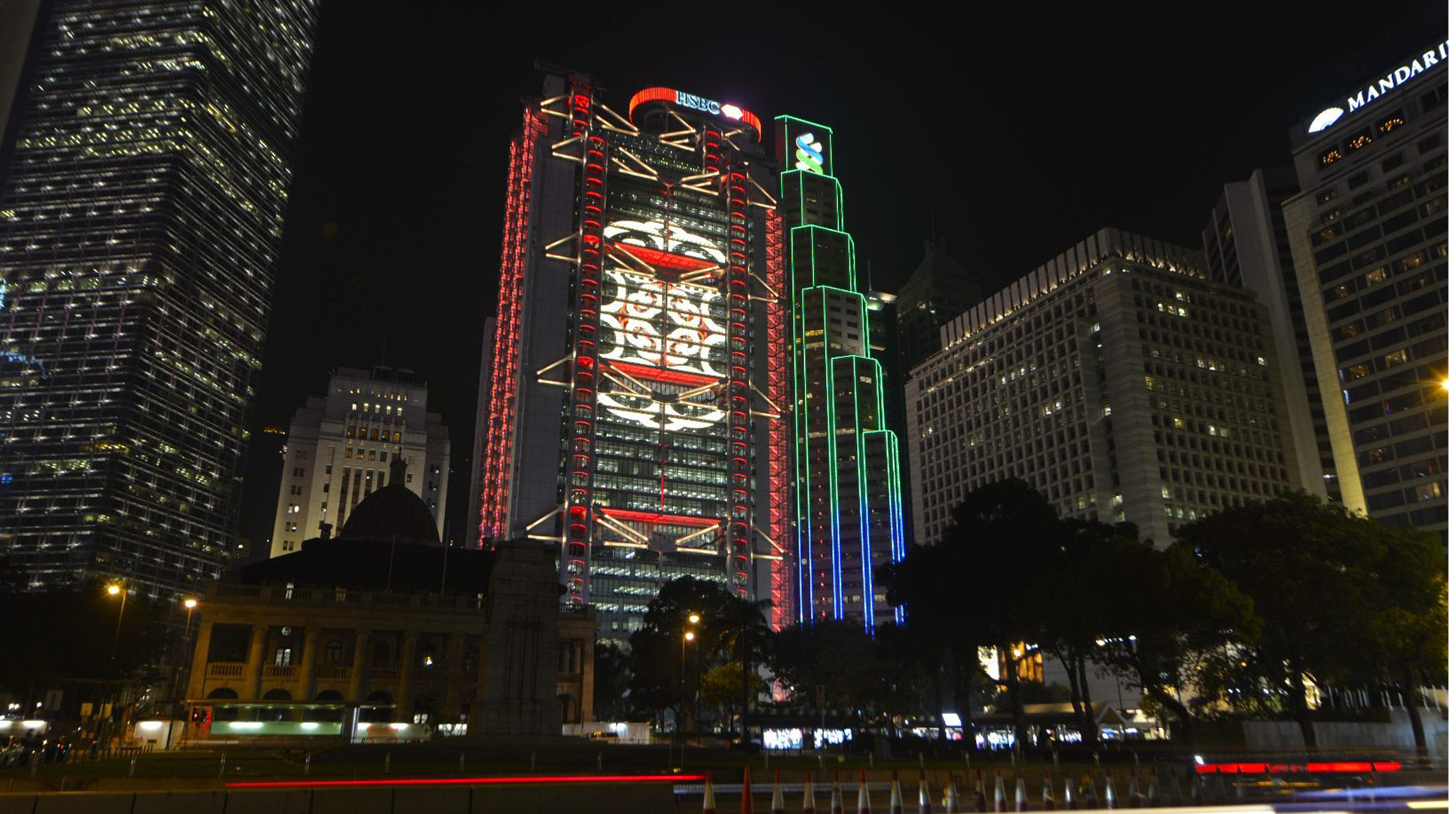 The iconic building from Foster & Partners set a milestone in the skyline of Hong Kong. On its competition it was the highest building in Hong Kong. Today while still the most beautiful building it has been dwarfed by the surrounding skyscrapers. Mindseye was asked in 2008 to look at options on improving the previous lighting of the facade.

The first analysis and concept documents followed. We felt strongly that the only way to put the building on a par with the surrounding buildings was to use the entire facade as lit surface. The original concept of each window acting as a single pixel has been approved. In 2013 the decision has been taken to proceed with the concept and implement the design. Illumination physics has been appointed to execute this task. The existing facade lighting has been upgraded by LED fixtures. With the development of LED technology new possibilities opened up and the decision had been taken to refine the resolution of the giant screen. Rather than each window acting as a pixel the window received 5 x LED strips creating an enormous Media Facade.