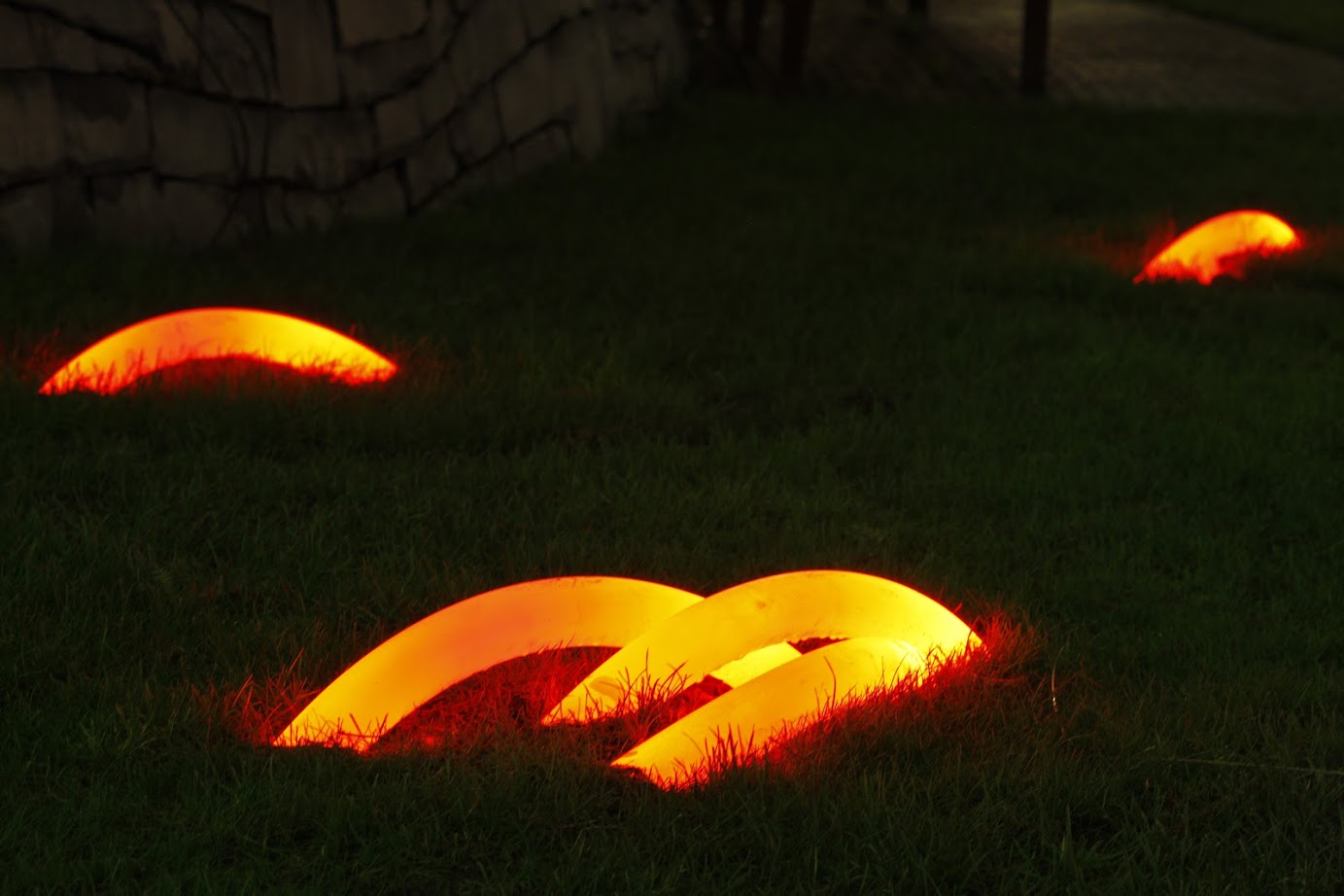 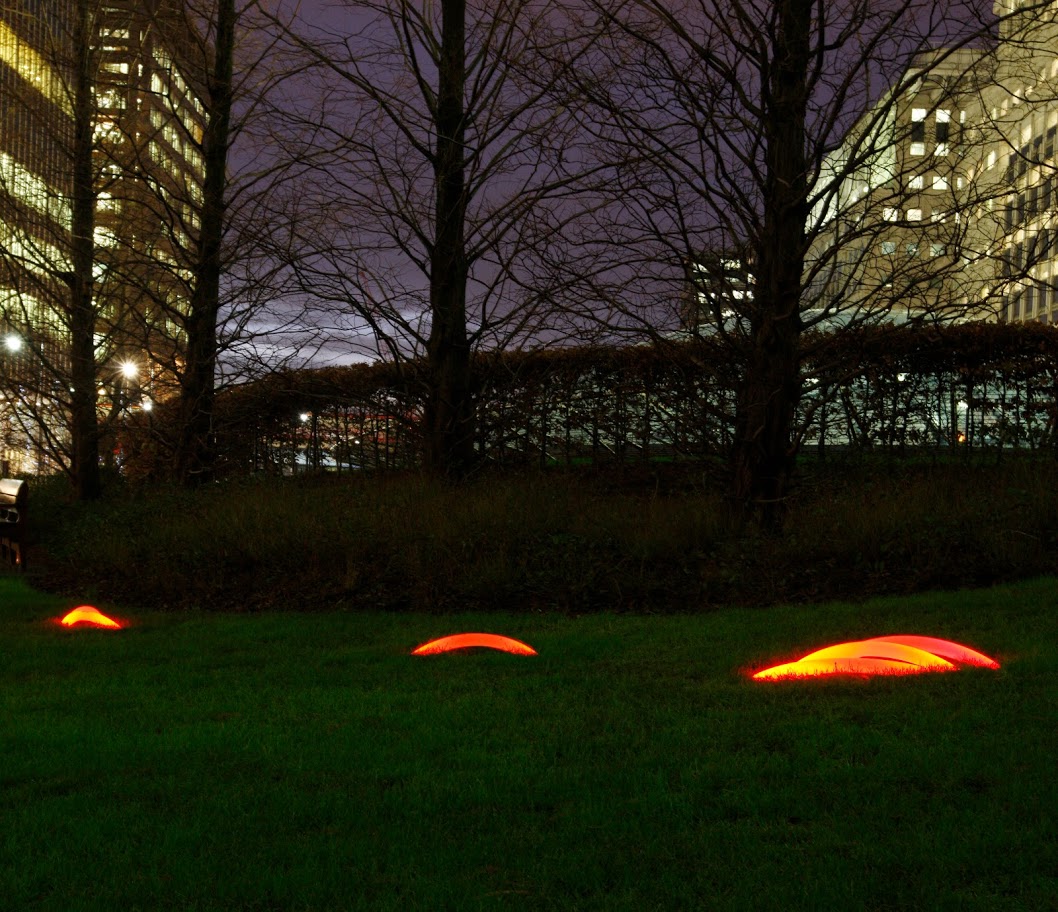 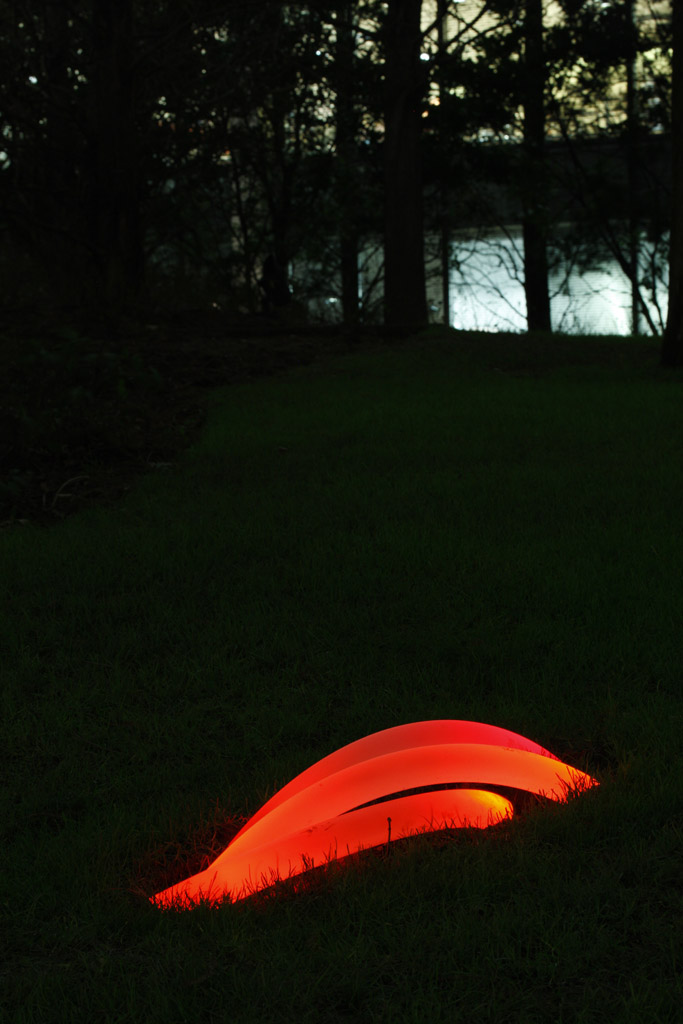 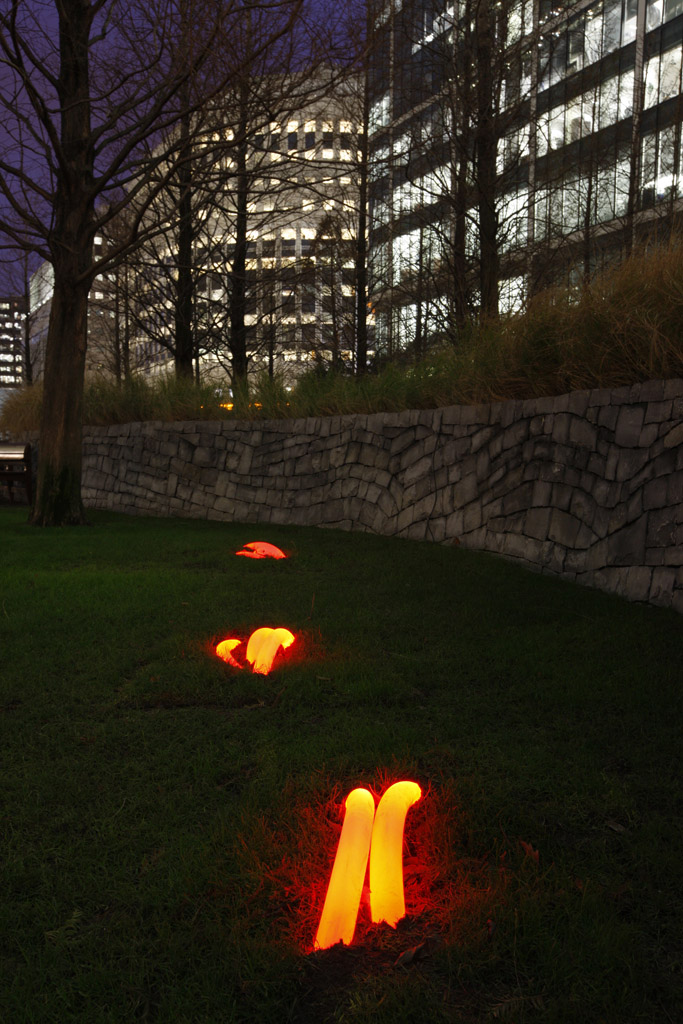 Admir Jukanovic was commissioned by Canary Wharf Group’s public art team to build a lighting installation for Jubilee Park, London. The installation is called ‘Kablovi Park’. ‘Kablovi’ translates from croation and bosnian as ‘cable’. The concept of the piece is to reveal the energies that lie hidden under turf and concrete – carried by thousands, maybe millions of cables to offices, shops, car parks and the london underground beneath the park. the result looks like Jukanovic has seemingly pulled these cables to the surface of the ground. Groups of three, pairs and single cables, create a network of hot red stitches throughout the park, pulsating with implied energies. The installation took place in February 26th, 2010.